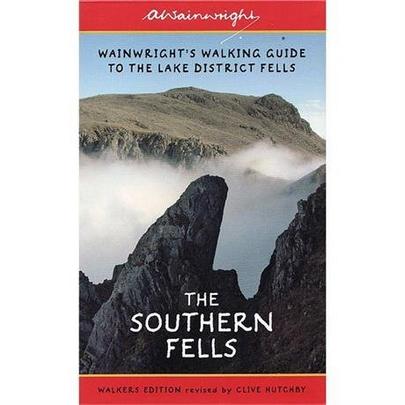 One name above all others has become  associated with walking in the Lake District:  Alfred Wainwright, whose seven-volume  Pictorial Guide to the Lakeland Fells, first published in 1955– 66, has become the definitive guidebook.

Wainwright’ s meticulously hand-drawn  maps, diagrams and drawings take walkers up the 214 principal hills and mountains of the Lake District, describing the main routes of ascent from different starting points, as well as lesser-known variants, showing the summit viewpoint panoramas and the ridge routes that can be made to create longer walks. Every page combines words and illustrations to  present the routes in a way that is original, visually appealing  and easy to follow.

This new edition of Wainwright’ s Walking Guide to the Lake  District Fells has been comprehensively revised. Paths, maps, diagrams and  route descriptions have been checked and corrected throughout. These revisions have been undertaken by writer and designer Clive  Hutchby, author of  The  Wainwright Companion.

Please help us and other users by writing one.
Ask a new question

This item can be returned by post or to your nearest Tiso Group store – for more details see our Returns Policy.

Have you tried this product?